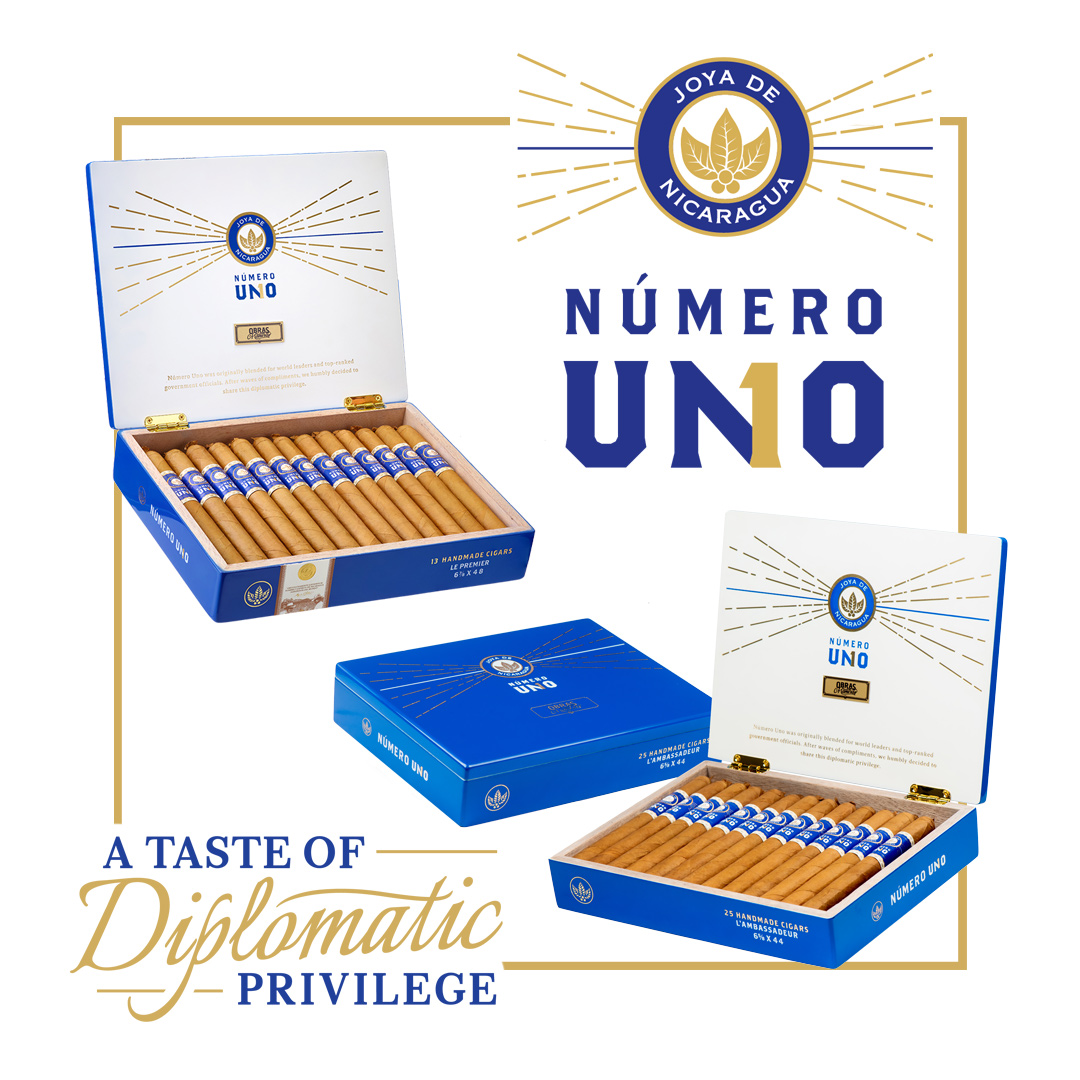 Originally given exclusively to world leaders by Nicaraguan ambassadors on official missions, Joya de Nicaragua’s Numero Uno has become a favorite for cigar enthusiasts everywhere since its introduction in the United States in 2019. Numero Uno has received numerous awards, becoming the top cigar of 2018 and 2019, and was recently named the No. 6 cigar in Cigar Aficionado’s Top 25 list of 2020 with a 95-point rating. The 2021 release of the limited edition Numero Uno cigars will be showcased by Juan Ignacio Martinez, Executive President of Joya de Nicaragua, and the Drew Estate team during Freestyle Live: Special Edition on May 6, beginning at 7 p.m. Eastern on Drew Estate’s Facebook page (facebook.com/drewestatecigar).

“It is very exciting for us to announce that we are preparing the annual batch of Numero Uno for the United States. Receiving another iconic award this year, now by Cigar Aficionado, reaffirms that our commitment to quality is recognized by the industry and cigar lovers around the world, and we are happy we were able to guarantee the annual allocation plus additional boxes to satisfy the overwhelming demand for the fantastic cigar,” says Martinez.

The 2021 annual release will offer a limited amount of each vitola, exclusively for Drew Diplomat Program participants. The 2021 Numero Uno limited edition cigars will be available beginning in August. The MSRP for L’Ambassadeur will be $15.75/cigar and $16.95/cigar for Le Premier.

Joya de Nicaragua is a family-owned tobacco grower and cigar factory. Established in 1968, it is the first and most authentic premium handmade cigar manufacturer from Nicaragua. Based in Estelí, many regard Joya de Nicaragua as the patriarch of the Nicaraguan cigar industry, and its cigars are sold in more than 55 countries around the world. The company’s commitment to quality, along with its skillful and resilient people, have been rewarded with the industry recognition of “Cigar Factory of the Year” for the last three years in a row.