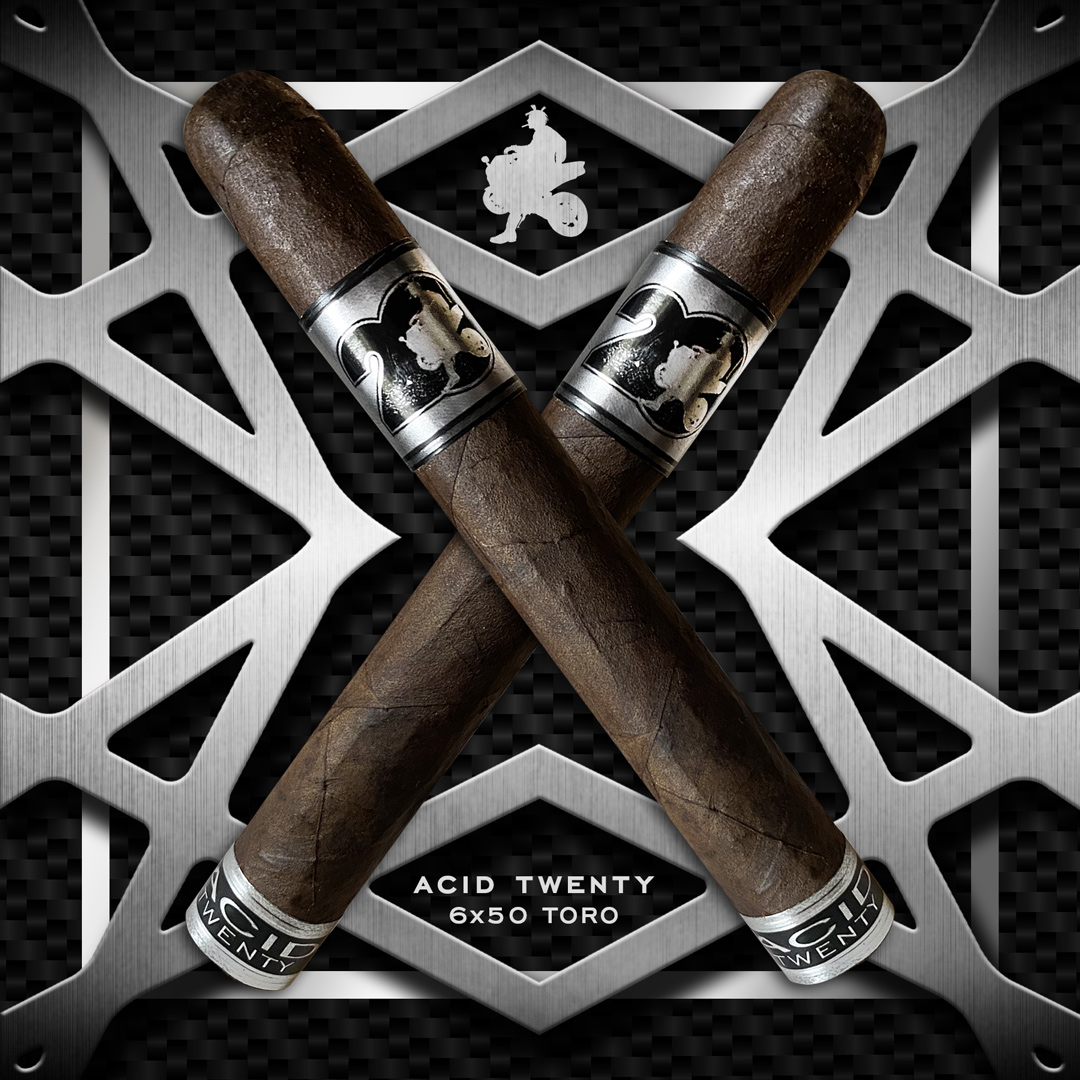 Drew Estate announces today the expansion of the ACID 20th Anniversary lineup with the addition of ACID 20 Toro and ACID 20 “Robusto Tubo.”  These releases will be showcased on the upcoming Freestyle Live: Special Edition hosted on facebook.com/drewestatecigar on June 11th from 7:00-9:00pm EST.

In 2019, we celebrated an important milestone for Drew Estate with the global introduction of the chromed-out, smash hit, ACID 20 Anniversary.  Now, by popular demand, we premier the ACID 20 Toro (6” x 50) as well as the original ACID 20 Robusto in a new Tubo presentation.  Wrapped in a rich Mexican maduro capa, complimented with subtly evolving long filler leaves, ACID 20 is truly worthy of its double decade title.

From the Wynwood Safehouse, Jonathan Drew Founder and President of Drew Estate recalls, “When we released ACID Cigars in 1999, we felt like it was “us against the world.”  They said that “we would be out of business in two months” and we even had a friend say “you won’t even last two weeks.”  But we knew that we created something special, something beautiful … so we decided to fight for it and not look back.  I think that the pain behind our struggle to survive for so many years made the debut of Acid 20 feel that much more impactful.  We wish to thank those of you who took the journey by our side, 1400CC, pedal to the metal.  Sincere appreciation for believing in us.”

For full coverage of ACID 20 Toro and Robusto Tubo and all of Drew Estate’s upcoming national releases check out our 2020 #DESummerTakeover promotion at www.drewestate.com/summertakeover and be sure to tune in to Freestyle Live: Special Edition hosted on facebook.com/drewestatecigar on June 11th from 7:00-9:00pm EST.