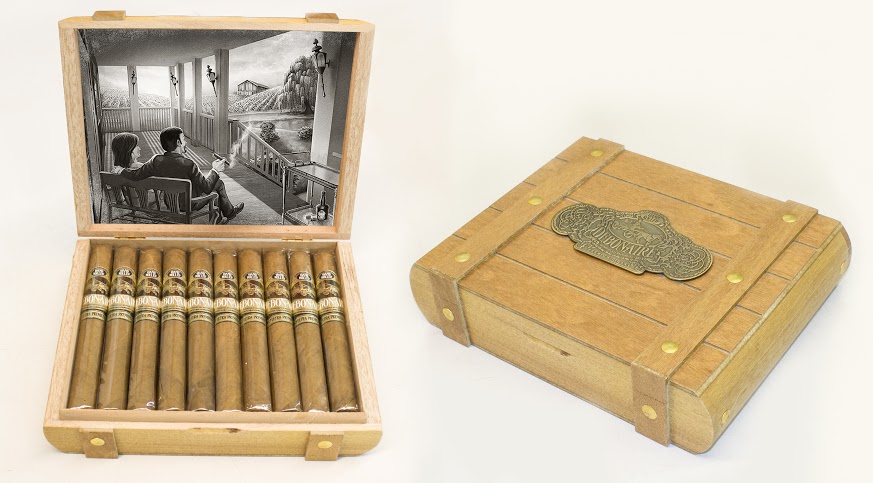 Wrapped in Ecuadorian Connecticut Shade, the Daybreak offers a full flavor version of a Connecticut wrapped cigar and comes into market at a more introductory price. While enjoying Daybreak, smokers can expect crisp notes of spice and earthiness from the Nicaraguan fillers, a nutty and sweet richness from the Dominican tobacco in the binder and filler, and a smooth finish from the Connecticut wrapper.

In addition, Debonaire House announced today their packaging updates to the entire Debonaire Ultra Premium Cigar line, including the Habano, Maduro, and the Daybreak offerings.

Phillip S. Zanghi III, owner of Debonaire House, stated while in the factory: “I have always wanted to officially produce one of our ultra premium cigars with a higher quality Connecticut wrapper; not just for the sake of producing a Connecticut, but for the sake of having a lighter wrapper option that is very present in the body and flavor expected from a Debonaire Ultra Premium Cigar. Daybreak is the product of those desires and is the beautiful third-addition to the Debonaire Ultra Premium Cigars lineup. Daybreak allows more smokers to connect our product line and invites more people to find their place within the Debonaire Ideal.” Phillip continues: “the box upgrades for Debonaire Ultra Premium Cigars are an exciting addition to this ultra premium line, too! We felt that the cigars warranted a fresh, upgraded idea of packaging; one that is friendlier for the retailer’s shelves and better fits the Debonaire Ideal by design: the constant pursuit of bettering overall.”

Fans of Debonaire Ultra Premium Cigars and Indian Motorcycle Cigars are encouraged to download Drew Diplomat the official mobile application of Drew Estate – The Rebirth of Cigars which is now available in the App Store for iPhone®, and iPod Touch® and on Google Play™ for Android™. For more information head to https://drewdiplomat.com

Deboanire House, founded in 2012, is the culmination of over 20 years of premium tobacco experience and the result of Phillip S. Zanghi III’s creational drive of further pursuing authentic and betterment in premium tobacco and oneself. Debonaire House produces ultra premium lines of cigars with traditional cigar idealism, directed toward new sophistication. Within Debonaire House is also Indian Motorcycle Cigars, the expression of iconic Americana founded in 1991. Debonaire House offers distinct lines of ultra premium cigars via manufacturing located in the Dominican Republic.